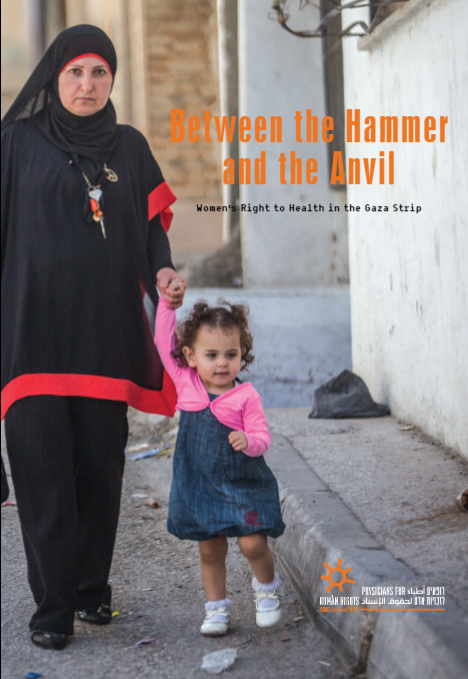 A new report by our long-time partner Physicians for Human Rights Israel (PHRI) issued to mark International Women’s Day reveals how the closure of Gaza and the criteria for granting exit permits predominantly affect women patients. The report, titled Between the Hammer and the Anvil, is based on an analysis of hundreds of cases of patients who have contacted PHRI during 2017 and 2018 asking for help in leaving Gaza for medical treatment.

PHRI concludes that: “Even if the criteria do not specifically target women, once the policy of closure on Gaza carries such devastating gender repercussions – mainly for those vulnerable patients – it must be changed…”

Download Between the Hammer and the Anvil. Women’s Right to Health in the Gaza Strip (PDF)