What is Female Genital Mutilation?

Female Genital Mutilation (FGM) is defined by the WHO as “all procedures that involve partial or total removal of the external female genitalia, or other injury to the female genital organs for non-medical reasons.” A majority of the time, FGM is performed with a razor blade on girls between the ages of 4 and 12, traditionally without anaesthetic. It has no reported health benefits and can cause harm to a woman’s health both in the short term and long term.[1]

What is the relationship between FGM and health and human rights?

FGM, when carried out in any form, is internationally recognised as a gross breach of (human rights.[2] This is because it denies women and girls the right to: 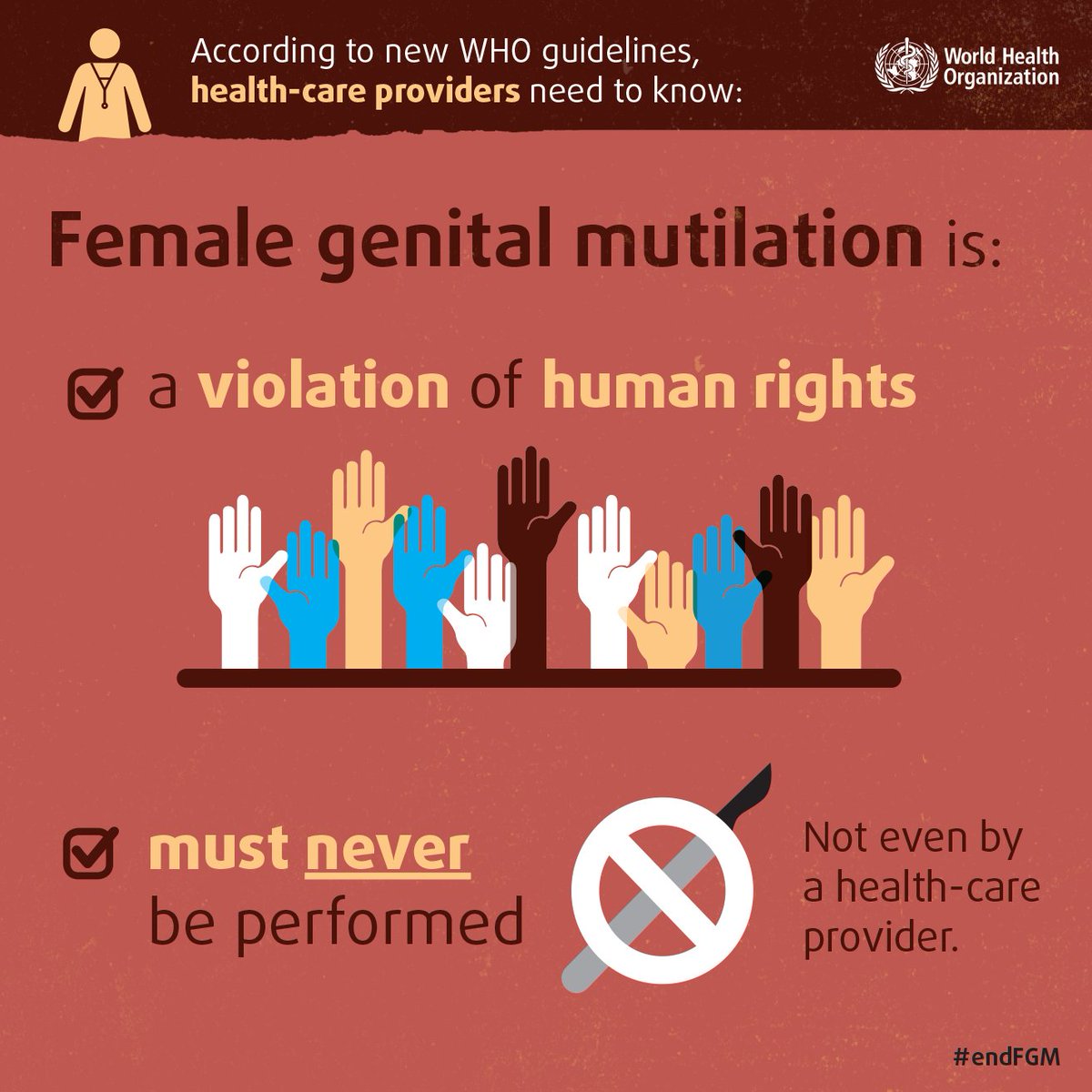 ●      The highest attainable standard of (sexual and reproductive) health

●      Freedom from discrimination on the basis of sex

What are the relevant sources?

One of the more prominent UN treaties that protects women’s rights with regards to FGM is the  Convention on the Elimination of all forms of Discrimination against Women (CEDAW). In its General Recommendation No.14 (1990) it explicitly states the need to “take appropriate and effective measures with a view to eradicating the practice of female circumcision”.[3] The WHO, in collaboration with various other UN agencies, has developed a global strategy which emphasises the integral role that healthcare professionals play in the eradication of FGM.[4] The UN General General Assembly has also called upon states to ratify or accede to CEDAW, in its January 2002 Resolution on Traditional or Customary Practices affecting the health of women and girls.[5]

There are many organisations that are currently involved in FGM eradication, below are just some of the prominent organisations, with a short description of what they do:

What are the relevant issues with regards to FGM?

What is the special responsibility of health workers in this regard?

Health workers can be central figures in communities where FGM is a common practice, so they could potentially use their influence to advocate against FGM and promote this message in a respectful and culturally sensitive manner. They are also in a position of providing medical help and potential counselling for girls who have undergone FGM, and are in need for social or psychological support. Health workers can also contribute to raising awareness and generating further knowledge and understanding of the practice, which in turn can educate and empower those who wish to help eliminate the practice.[9]  By taking a stand and refraining from carrying out female circumcisions, healthcare providers can contribute to the increasing debate and questioning of the practice by communities.

This page was written by Amreen Qureshi in September 2015.